The Segment was titled “Australia’s population has shrunk. What is the ideal population for this country?”  A week prior, ABC Sydney interviewed Dr Liz Allen who raised concerns of Australia’s population slow down on the economy.  Sandra Kanck was invited to respond to these concerns in a debate with Peter Burn, chief policy advisor at The Australian Industry Group (representing the other side of the debate).

The link to the interview can be found here. 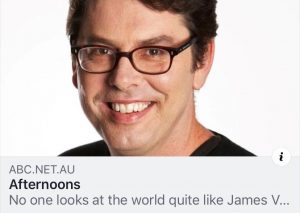 Despite the fact that the 23 minute discussion did not perhaps allow for all nuances of the population debate to be discussed in depth, we nevertheless commend Sandra for responding brilliantly to the questions, filling the brief air time she had with convincing facts, statistics, common sense and wisdom.

We argue that Dr Peter Burns, in contrast, reeled out all the usual myths and fallacies.

We would like to thank the ABC for providing us the opportunity to respond to the assertions made by advocates of a big Australia. We hear that this episode received a lot of community feedback, including many who phoned in or sent text messages during the broadcast – unfortunately very few made it to air.

It is important that we keep the debate alive to ensure that the people who continue to pedal misinformation to prop up a big Australia are held accountable.  As an example, we could like to include a written response that was emailed to Peter Burns by one of our very active SPA members Mark Allen (no relation to Liz!)  We include links below to Town Planning Rebellion and our in-house animation ‘Endless Growth Paradigm’ that Mark cites in his response:

“Hi Peter
My name is Mark from Town Planning Rebellion. Thank you for your considered responses during today’s debate with Sandra on the radio.
I have studied the population issue here in Australia in some depth and the conclusion that I have reached is that under the current economic paradigm, where migration policy is tied in with development, immigration does have a net environmental impact. This has both local and global ramifications, despite the fact that immigration as you pointed out, makes no difference to the overall global population.
This is because the movement of people from one place to another (as in the case of Australia) is used to facilitate more ‘development’. In other words, the ever more pouring of concrete and encroachment onto habitat and farmland. It is better therefore to work proactively with source countries to ensure that they can stabilise their populations and reduce development pressures at home. Immigration is great for many reasons but it is a poor means of dealing with global population pressures as it is a reactive solution with relatively small numbers of people involved.
Your point that immigration from areas of higher fertility leads to lower levels of fertility in Australia compared to the source country is true, but of course unless the emphasis is on working with countries across the world to create the conditions where fertility levels level off naturally, the global impact will be negligible. The impact on Australia’s dwindling food bowls, native grasslands and koala habitat will however, be huge.
The policy of TPR is to focus on these proactive solutions through collaborative mutual aid and to work to ensure that migration doesn’t facilitate more ‘development’.  Instead our approach to migration is in conjunction with the re-purposing and retrofitting of empty built spaces. Fortunately there are plenty of those in Australia (but they are finite). So we do not need to be anti immigrant, only that we need to take a new approach to immigration that is not ‘development’ driven and that also incorporates the proactive global stuff as well.
Thanks again for your contribution to what needs to be an ongoing conversation. I have attached the TPR booklet for your interest and you may also be interested in this animation that I put together with SPA a couple of years ago.
Best Wishes
Mark Allen”
A link to Town Planning Rebellion can be found here.
A link to the SPA produced animation ‘The Endless Growth Paradigm’  can be found here.
SPA would like to also advise that in recent decades migrants from some source countries actually have more children than equivalent compatriots at home, because they feel they are more able to support a bigger family. These higher fertility norms can also be transmitted to the next generation.
FacebookTweetPin