Letters to the editor

Letters to the editor from SPA members, supporters and others are a rich source of community insights and concerns about population issues. The SPA web site maintains an archive of published letters.

I wholeheartedly agree with Graham Clews (Letters, March 24) that population is the issue and has been ignored for too long as a driver of environmental decline. When will our major environmental organisations appreciate that humans cause loss of habitat for other species, be it from urban expansion, agriculture or mining? And it is habitat that is critical for preserving other species. If you increase the number of people then other species’ habitats will be lost from one human activity or another.

This week the Australian Security Leaders’ Climate Group issued an open letter. It was largely about climate change but it contained this sentence: “Globally, water and food crises exacerbated by climate change, along with population pressures, have resulted in escalating cycles of civil unrest and conflict”. In other words, population growth contributes not just to environmental decline but to civil unrest and conflict.

Why is Russia invading Ukraine? There are many reasons including the megalomania of Putin. Another is to secure the rich farmlands of Ukraine and ensure food security for 146 million Russians, even though its population is now declining slightly. The memory of hunger, however, lingers with major famines in the 1920s, 30s and 40s, not to mention the worst in 1601-2 that killed nearly a third of its people.

Food scarcity, or having too many mouths to feed for the food available, is now looming as a problem in many parts of the world.

Alex Crowe’s article “Australia’s Environment Report” (canberratimes.com.au, March 18) was a sobering, but incomplete acknowledgement (and warning) of the harm we have done, and continue to do, to the Australian landscape.

Omitted was a direct reference to the primary driver of the environmental decline that she describes: us! Too many of us and ever more of us.

Is there hope that we might, finally, get this matter sorted? Perhaps. Surveys indicate that most Australians believe our population is large enough and that, save for an appropriate level of humanitarian immigration (currently circa 10 per cent), we ought to dispense with much or most of the rest; the (pre-COVID) 90 per cent that is growing our consumption (but not our per capita wealth), expanding our ecological footprint, and ensuring that we will never achieve what is needed to protect all those other species that share this continent with us.

The great difficulty for those voters wise enough to realise we must do things differently is that neither major party offers us this opportunity. Will one or other do so before it is too late? 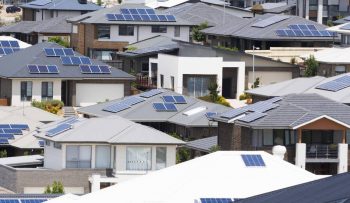 A ‘million-person Canberra’ would quickly run out of water

Peter Cain suggests that Canberra could carry a population of 1 million (Planning for a million-person Canberra, canberratimes.com.au, January 14).

We may assume he is unaware of Liebig’s Law of the Minimum, which states that growth is dictated not by total resources available, but by the scarcest resource. What is Canberra’s scarcest resource? I suspect it is water, though space could fit the bill, especially if Cain eschews high-rises and wants more traditional suburban blocks.

Climate change may well throw a spanner in the works of even the best-laid plans. In the southeast of Australia rainfall has declined by around 11 per cent since the late 1990s. It may well be that, should the trend continue, Canberra may not be able to support even the half-million it will reach in around 2028. Desalination is not an option; the city is too far from the coast.

Mr Cain should consider whether growth is desirable anyway. If we have traffic jams now, how much worse will they be if the population doubles? Perhaps he should read Julian Cribb’s excellent opinion piece “The end of politics as we know it” (canberratimes.com.au, January 14).

Politicians, Cribb claims, are denying that civilisation is in peril. Instead, they “have managed to bury the facts under a fantasy of never-ending growth”.

Cribb is correct to argue that we face a number of existential crises. Cain ignores the fact that we cannot go on as we have. Things have changed. Sustainability – not growth – is what is required – though, bless his heart, let’s heed Cain’s call for more public transport.

The fallacy of endless growth

Julian Cribb’s article “It’s the end of politics as we know it” (canberratimes.com.au, January 14) was for me the highlight of Friday’s The Canberra Times. Of human governance he says “they have managed to bury the facts under a fantasy of never-ending growth”.

And when speaking of the possibility of fixing 19th and 20th century politics, he says “not while political economics promises illusory wealth while it devours the habitability of the planet”.

How refreshing it is, if somewhat pessimistic, to hear some truths which challenge the many media offerings based solely on economic theory, wanting growth forever, an impossibility.

Our “leaders” want hundreds of thousands of immigrants to arrive every year to satisfy business demands and to keep wages down, without mention of ever stopping and stabilising Australia’s human numbers.

What a contrast this is with Peter Cain’s vision for a 1 million-person Canberra, which like all similar, never mentions stopping at 1 million. Nothing about its negative impacts on social and physical environments. As people’s demand for water grows, in droughts it becomes increasingly scarce and therefore more valuable, but economists seem unaware of that. The battle lines for Big Australia have been drawn. It represents a divide perhaps not seen since the conscription referendum of World War I.  The Australian Financial Review continues to do its bit (‘‘Full recovery needs a bolder plan for a bigger Australia’’ , January 5) on behalf of the perpetual growthers by spruiking a future of ever more people consuming ever more.

Unlike the conscription referendum of 1917, however, the results of which were line-ball , the popular divide on Big Australia is very one-sided.  Australians do not want it and have been telling us that in poll after poll.  Despite attempts to debunk the comparison, the immigration-fed economic growth model is the greatest Ponzi-like con perpetrated on the Australian people.  It serves a few and does little for the many and guarantees a never-ending diminution of our natural spaces and the liveability of the built environment.  For these reasons alone, it must, in the end, come crashing down.

But how do the Australian voters demonstrate their concern? Where is the political alternative to LNP madness? What will it take for Labor to grasp that if they offer us something genuinely sustainable (and that would be immigration rates of 50,000 and not 200,000), they would win in a landslide?

I am accustomed to the property sector spruiking its own interests, but it is another thing again when an AFR View claims that property interests are nothing less than the national interest (‘‘Property’s part in Australia getting back to normal,’’ December 1).

Undoubtedly population growth (high migration) is good for the property business. The urban property growth machine voraciously chews up natural habitat and scarce agricultural land for housing a growing population. But for how long can this go on, and at what cost to quality of life and ecological sustainability?

Harry Triguboff is already on record as saying Sydney has too many forests and parks that would be better as prime real estate. Your editorial’s celebration of a property developer’s ranking on the Financial Review’s Rich List is indicative of the values that are on show here. The Big Australia vision is reduced to nothing more than special pleading that ‘‘returns to investment should be higher here’’.  This is a triumph of the pecuniary mindset over other perspectives that value sustainability, limits to growth, natural landscapes and wild nature.