How You Can Make a Difference

How you can make a difference:
Lobbying your MP, Senator or Minister about Big Australia 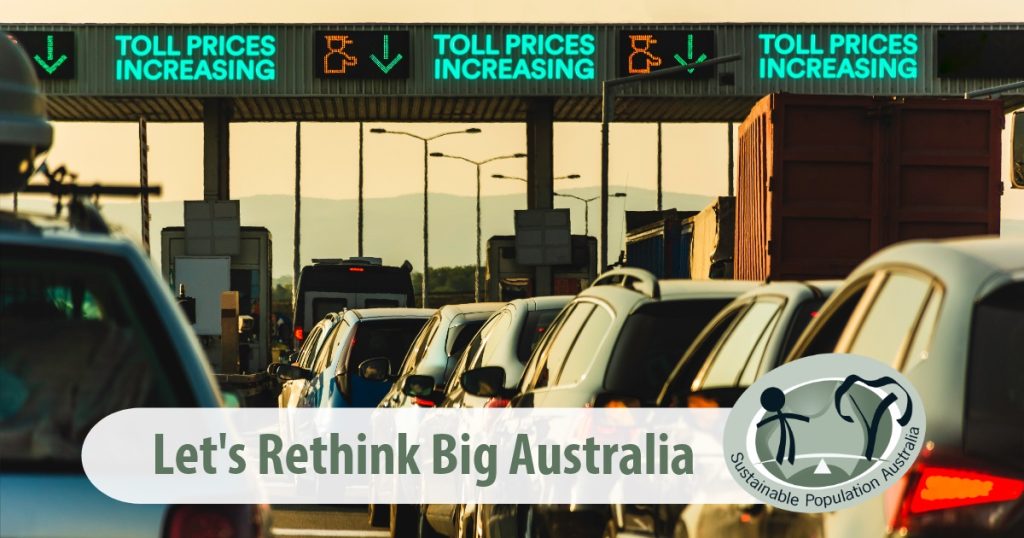 The Federal government wants annual net migration of 235,000 when the borders open, that means at least an extra city the size of Adelaide (1.35m) by 2030, and another Sydney and another Melbourne by 2060 (13 million extra people in total). This will of course lead to property bubbles, clogged schools, hospitals and roads, longer commutes, stagnant wages for some workers, massive infrastructure bills, environmental carnage and the conversion of some of our best farm land to brick and tile.

We have a choice! SPA is campaigning for much lower yearly net migration of around 60,000 a year, and to stabilise population at no more than 30 million by 2040. Now is the time to contact your MP to tell them to support a major reduction in net migration compared to pre-COVID times. Slowing population growth is not a silver bullet for our economy, environment or infrastructure but it will help with all of them. 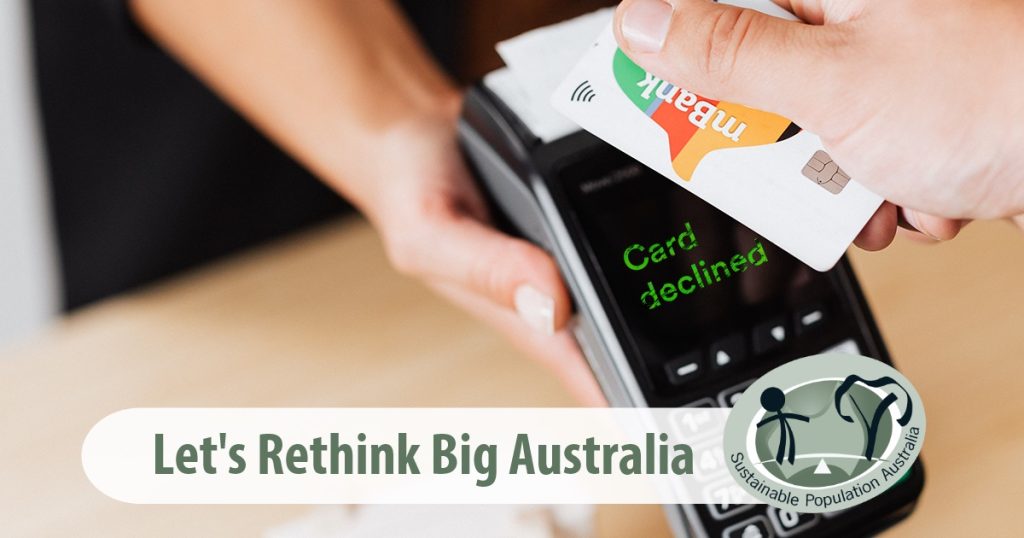 Does it seem a bit strange that the government is telling us how many people we will get instead of us telling them what to do? We have Big Australia because big business pushes politicians harder than you do, because short term politics is easy for politicians and because some people want house prices to rise forever. We have Big Australia for political reasons, so the answer is political. With a smaller immigration intake we will still have increases in our population and house prices for another twenty years, but the increases will be much less. With net migration of around 60,000 a year our population will stop growing by about 2040 at 30 million. But with 235,000 a year like the government wants it will be nearly 32 million by 2040 and on its way to 39 million by 2060, and 50 million by the end of the century.

Politicians know that the public is unhappy about population growth but so long as both the ALP and LNP keep quiet about it, neither party pays a price and both get corporate donations. But if either party breaks ranks and agrees to lower migration, that party will win huge support from the public and gain an edge over the other. At that point the other party has to break ranks too. If the public shows to either political party that there is an election winning edge in ending Big Australia, it is possible that the political parties will defy big business and choose to lower migration. One of the best things you can do is insist that they look out for the people, rather than the managers of banks, supermarkets and universities 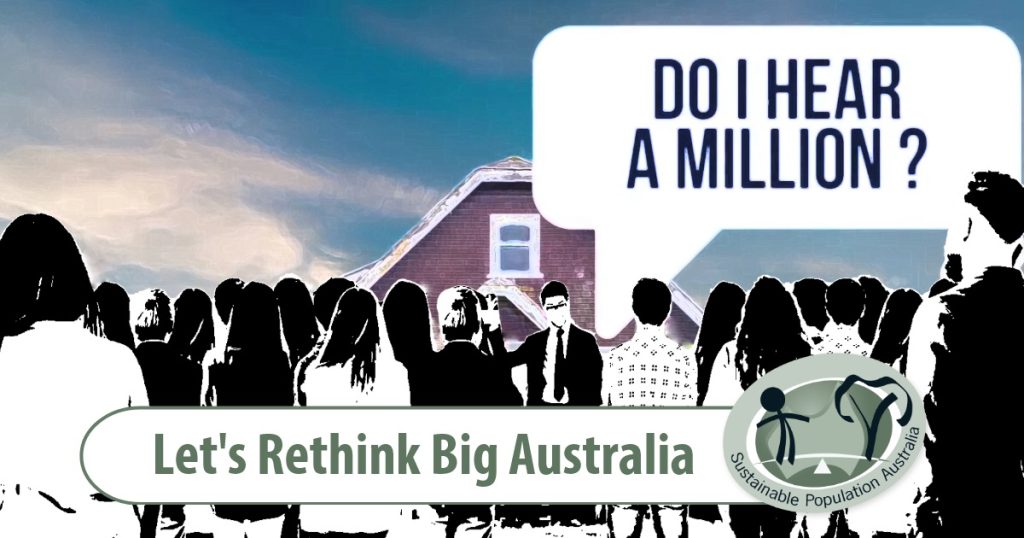 SPA is talking about reducing migration (though not of refugees)  because it is one of the few levers the community has over population. Don’t let anybody tell you this is racist. The uber drivers, kitchen hands, the farm workers and the cleaners who will finally get some real wage growth – they are mostly recent migrants. And besides, half of Australians are either migrants or have parents who are. Australia definitely has racism and we need to work on that but it has nothing to do with immigration. Population on the other hand has a lot to do with immigration. Annual net overseas migration of 60,000 could be achieved with no reduction in our refugee intake. Remember, we have big Australia because big business pushes politicians harder than you do. It is not about saving the world, it’s about business pushing Canberra harder than you do. 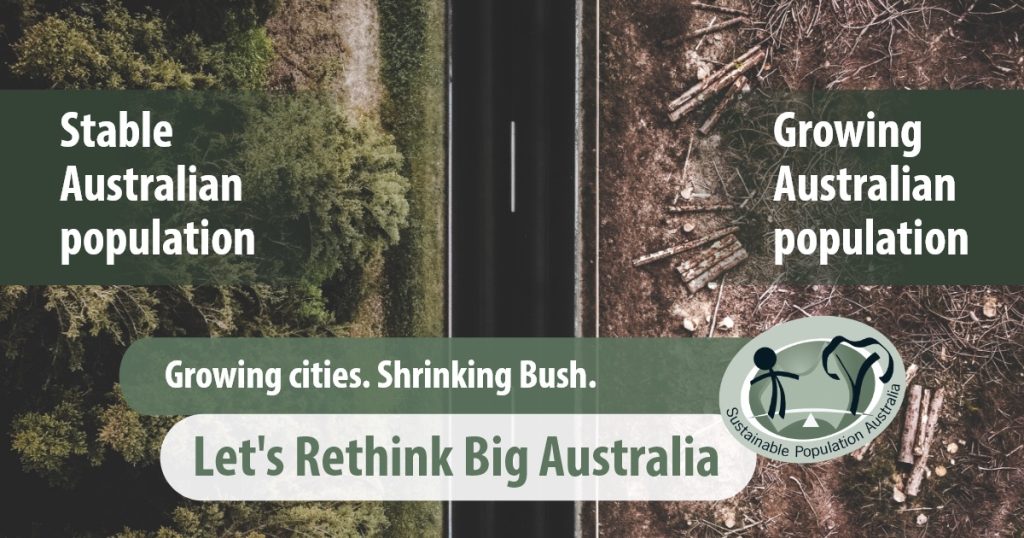 You can find your local MP and Senators by entering your post code here. It is better to contact your MP than your Senator because MPs have fewer voters to answer to so pay more attention to each one.

The relevant ministers are the Minister for Home Affairs and the Treasurer. Their postal address is the same

MPs, Senators and Ministers will pay most attention to contact that shows you are serious about this issue and the easiest way for them to make an assessment is how much time and effort you have spent contacting them. So a hand written or typed letter or a phone call is better than an email. Many emails will not even get answered. If you do email them, follow up with a phone call asking for a reply. If the reply does not make sense, get in touch again. When you contact a politician, it is very important to ask a question because without that they will likely just file it or give a generic response. You should also try to keep any letter to no more than a page because it is much more possible to get read.

While it is good to contact as many politicians as you can, it is better to have deep, quality interactions so you should pick one, ideally your MP, and try to really have a conversation with them. This might require a letter, a phone call (or two) and even a meeting. But these interactions really matter to them.

SPA’s Position and Policy Statement (PPS) and other pages on this web site have a lot of material that you can copy for your letter. There are specific items to ask for in section 8, any of those items are great to raise with your MP, Senator or Minister. With so many policy asks of government you will certainly be able to find one or more about which you are passionate. However, the most important thing to ask for is for net overseas migration to be around 60,000 instead of the planned 235,000 a year and for our population to stabilise at no more than 30 million in the future. 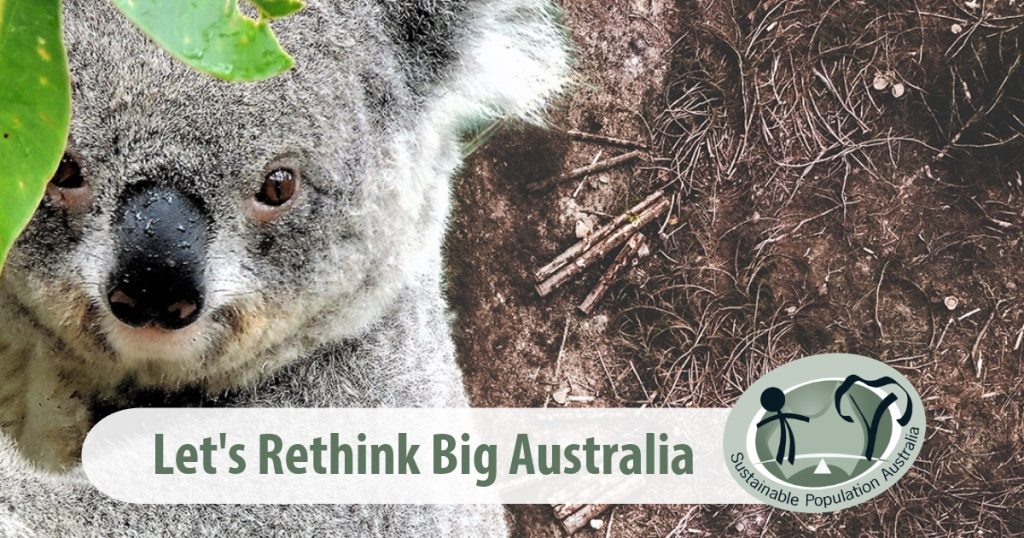 More things you can do to make a difference