The population movement in Australia 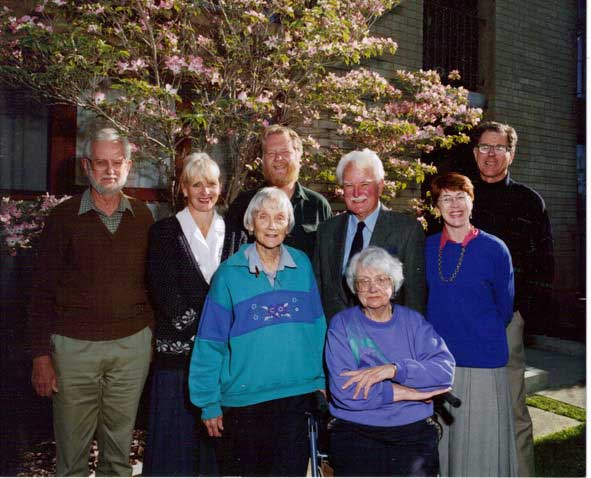 It all started in 1970, when Dr John Coulter, later a Senator and leader of the Australian Democrats, met with eminent gynaecologist Derek Llewellyn Jones to establish ZPG in Australia.  Over the next six months they met with leading scientists to formulate a full page open letter in the Australian newspaper in 1971 entitled “To Those Who Shape Australia’s Destiny”.  It urged the Australian Government to investigate not only the population that Australia could support over the long term but also the details of a balanced economic system, that is, a system in which economic productivity is balanced against the capacity of the environment to maintain itself.

As a consequence of this open letter, John and others were invited to a debate on population on the new and influential ABC TV program Monday Conference in 1971. This led to Paul Ehrlich being invited to appear on a later program.  Paul’s appearance there and subsequent lectures around Australia had a tremendous impact.

The various chapters of ZPG flourished for a while but by the end of the 1970s, none were operating, so apart from the much welcomed periodic visits by Paul Ehrlich, nothing happened on the population front until 1988. Nine of us gathered in Canberra, having read one another’s letters in the Canberra Times: environmental poet Mark O’Connor, soil scientist Dr Chris Watson, retired geologist Hugh Oldham, Duncan Waddell, Greg and Eileen Dunstone, poet Anne Edgeworth, peace activist Hellen Cooke and me, and formed Australians for an Ecologically Sustainable Population or AESP. Because of its length, the name was later reduced to Sustainable Population Australia. Our first and only Patron was Judith Wright, then Australia’s greatest living poet. Indeed, thanks to Mark, we had many of Australia’s leading poets and writers in a sister organisation that lasted for a while called Writers for a Sustainable Population. That faded, but AESP (then SPA) survived.

For the first year or so we met in our own homes on a rotating basis. Our postal address was care of the Environment Centre where we had a pigeon hole. A lot of fellow environmentalists were highly sceptical of us and said we wouldn’t last, but we did, and we grew, much to their surprise. We are still not embraced fully by the environmental movement but there has been significant improvement over the past 28 years.

Gradually, we formed branches, first in Sydney with the help of Gordon Hocking who remained a driving force for some 20 years. Tim Flannery approached me about speaking at the first meeting as he recognised the need for such an organisation. We had an early public meeting down at Circular Quay. One speaker was Dr Helen Ware – former wife of Nick Ware who is currently ACT president. Helen was an expert in reproductive health and had worked in Africa. Then the Melbourne branch was established thanks largely to Sheila Newman and Jill Quirk. Then SE Queensland was set up with Sheila Davis, north Queensland with David Kault, South Australia with John Coulter and WA with John and Paddy Weaver, and Tasmania. A couple of years ago, Tasmania was combined with Victoria and North Queensland with SE Queensland.

Chris Watson was our first president for four years, before I took over for another four. Then John Coulter, having retired from the Senate by then, was next. In subsequent years, the role has gone back to me, to Sandra Kanck, to John with a short stint from Gordon Hocking in Sydney. In the early years we applied to the Dept of Environment for recognition as an environmental organisation which, when attained, allowed us to get tax deductibility through the Tax Office, a critical factor in the financial viability of the organisation.

After 10 years we decided we had enough money to employ a national director, Edwina Barton, who worked out of an apartment we rented in inner Canberra. She was highly articulate and worked hard though it was a strain covering administration as well as the communication work. After a couple of years she moved on and I took over the role but working from home – I live 60 kms south of Canberra. Sue Nancarrow offered to do the treasurer’s work which was a big job and she did it cheerfully for the four years, leaving me time to do the journalistic work. When my father had a stroke and family duties called, I left in 2004 and we set up an office in Canberra in a public school that had been turned into offices for community organisations, with Ron d’Sousa as office manager. He did a great job though we were now missing a journalist cum communicator. After Ron moved to the coast, we employed a couple of people who couldn’t quite manage, so we shifted the administrative work to Successful Alliances who do the admin for a number of small businesses and organisations like ours. Although there have been hiccups, and it’s a bit expensive, the work gets done.

Judith died in 2000 and we appointed five new Patrons, all of whom had been outspoken on the population issue. Prof Tim Flannery, scientist, author and one time Australian of the Year; Em Prof Ian Lowe, scientist, author and until recently President of the Australian Conservation Foundation; Dr Mary White, paleaobotanist and author and at age 90, now in a nursing home; Prof Frank Fenner, probably Australia’s most eminent scientist who helped rid the world of smallpox; and Paul Collins, environmentalist, theologian, broadcaster and a former priest who resigned before the Pope ex-communicated him for publicly criticising Humane vitae, the encyclical promulgated by Pope Paul VI in 1968 which reaffirmed the Catholic church’s stance on birth control. When dear old Frank Fenner died in 2010, we appointed former NSW Premier Bob Carr as Patron. Bob became Foreign Affairs Minister after that but is now out of Parliament.

I cannot stress how important it is to have such prominent and important Australians as our Patrons. SPA is now regarded as a ‘reputable’ organisation, thanks in part to having Patrons of this stature.

In our 28 years of operation, we have run a number of successful conferences including one in Canberra in our first year. Sydney ran one in the early 1990s that 200 people attended. The Premier Bob Carr got a standing ovation after his speech. I still remember the look of surprise on his face. Melbourne and SE Queensland held excellent conferences in the mid-1990s the Adelaide in 2001. By this stage we felt we needed to integrate population with other issues and the Adelaide conference addressed food security and peak oil as well as population. In 2003 we combined with Australia 21 and Nature and Society Forum to run an internet conference “In Search of Sustainability” which had a face-to-face conference and also a book arising from it. We had a regional conference in Port Macquarie in 2006 at the beautiful resort run by our Patron Mary White. It was opened by then local state member Ron Oakeshott who gained fame some years later for his 17 minute speech before finally endorsing Julia Gillard as Prime Minister. Then in 2008 we held another successful conference in Canberra called “Population, Peak Oil and Climate Change – their impact on the MDGs”. Given that a couple of speakers hadn’t even heard of the Millennium Development Goals, it was perhaps a bit too complex for some! Nevertheless, that conference was a turning point, I believe, with Genevieve Jacobs, our local ABC presenter interviewing one of our speakers and saying really enthusiastically: “This conference is being run by Sustainable Population Australia!” Philip Adams also had a number of conference speakers on his program and he was entirely sympathetic.

And finally our best conference was the Fenner Conference in 2013 at the Academy of Science’s Shine Dome with the title: “Population, Resources and Climate Change: implications for Australia’s near future.” We had a wonderful line-up of eminent speakers including our own Jane O’Sullivan, Mark O’Connor, and Michael Lardelli and the keynote speech was delivered by Paul Ehrlich who later declared it was the best meeting he’s ever been to. A book “Sustainable Futures” has since come out of it, published by CSIRO.

In talking about the history of an organisation, you inevitably leave out a lot, but I would be remiss not to mention the work SPA has done in trying to get population on the agenda of the UN Framework Convention on Climate Change. I went to the Preliminary UNFCCC meetings in Bonn and Bangkok in 2009, then the COP conference in Copenhagen, but Jane O’Sullivan took over the main running with the welcome moral and financial help of Peter Schlesinger. Jane has been to Africa and liaised with organisations there on the issue. Jane’s intellectual and practical input to SPA has been considerable on this and other issues. As for climate change, we haven’t quite succeeded with UNFCCC, nevertheless, the Intergovernmental Panel on Climate Change recognises that population growth, along with economic growth, are the driving forces of climate change.

Finally, our work has been enhanced by the dedication of Kelvin Thomson MP to the issue. Our British, Canadian and US colleagues are intensely jealous, saying “We don’t have anyone like him in our Parliament (or Congress).” We did have Bob Carr, of course, but he was a bit constrained by being in Cabinet. Kelvin chose to stay on the back bench so he could speak on population more freely. We thank Kelvin for his work.

As I said, we’ve been going for 28 years this year. I can’t say we have been brilliantly successful but neither have we failed. We are respected and we have survived. We should have a party when we reach 30 and perhaps, if we see population growth falling below 1% at last, we will have something to celebrate!