At Sustainable Population Australia, we are acutely aware that population sustainability can be a difficult and controversial issue to discuss. Calls to limit migration are sometimes claimed to be ‘racist’, ‘protectionist’ or ‘selfish’. Due to these concerns, some environmentally-aware people believe it best to avoid discussing population at all.

SPA believes such attitudes do a serious disservice both to the environment and to the world’s poorest people, particularly women of colour. There can be no sustainability without population stabilisation. There can be no end to poverty while population growth outpaces provision of services and jobs, and each generation has less land and water per person.

Instead of closing down the population conversation, SPA believes it is far better to open it up to hear perspectives from a diverse cross section of the community. In reaching out to hear others’ opinions, SPA has had a positive response from people from all corners of the world and from many different backgrounds.

In a short video, Arnav Sati, a first-generation Indian migrant, shares with SPA the ongoing difficulties with infrastructure and services facing migrant communities in Melbourne’s western growth corridor. This 11 minute interview can be seen on SPA’s YouTube channel: “Migrant perspective – infrastructure and population growth in Melbourne.” 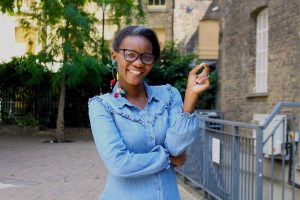 SPA interviewed Florence Blondel, a Ugandan born journalist and family planning advocate, on our Post-Growth Australia Podcast. Florence cuts through the myths and misperceptions with stunning clarity and wisdom through her direct experiences and anecdotes. Check out our podcast episode “Smaller Families for People and Planet” (interview from 07:46 – 46:35) 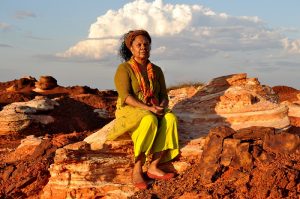 We recognise that there will always be a diversity of opinion on population – as in all issues! We are not claiming that we have distilled a united First Nations or Global South position on population. It is true, however, that population sustainability is an issue that is of concern for many people, within Australia and beyond.

SPA is aware that some extreme ‘ecofascist’ and white supremacist groups sometimes use environmental rhetoric to shore up their racist worldview. SPA unequivocally condemns such people for their targeting and scapegoating of migrants. That is not what SPA is about.

SPA is about achieving an ecologically sustainable society based on democracy and fairness rather than intolerance and hate. We believe in fostering an ongoing conversation with diverse participants about the important role of population size in reaching that goal. As far as Australia’s immigration program is concerned, we are only concerned about numbers, not the race, ethnicity or religion of the immigrants themselves.