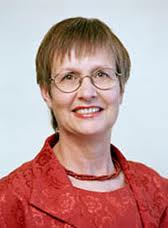 On World Population Day, 11 July, the National President of Sustainable Population Australia, said the Australian Government’s announced target of a 5 per cent reduction in carbon emissions by 2020 would be ‘useless’ by 2020 because of Australia’s continuing population growth.

Ms Kanck said it seemed to be beyond the intellect of both Government and Greens MPs to understand that more people means more carbon pollution.

“Even if the government’s emissions target is met by all existing Australians, based on current rates of population growth any benefit gained will have been completely wiped out before we get to 2020,” she said.

“It gets worse – the larger population will then have to reduce emissions by 20 per cent (instead of the 5 per cent required in 2011) to bring the total emissions back to 2011 targets, effectively to just stand still.

“Reining in population growth is essential if any impact is to be made in reducing greenhouse gas emissions. While the opponents of a carbon tax will make much of the fact that our electricity prices will rise by around 10% as a consequence, a much bigger contributor already to electricity prices is population increase.

“Between 2007 and 2010 there was a more than 20% increase in electricity costs because of the increased costs of the distribution network – a direct result of more people and the associated urban sprawl with increased demand for electricity.

“More electricity will be consumed by allowing uncontained population growth, producing still more greenhouse gas emissions. After all the hoo-ha about the carbon tax and targets, the public will justifiably be angry when they find out that the government’s plans will make no difference to the total amount of greenhouse gas emissions in Australia, and that things will be worse still because of population growth”.