The launch was held in Sydney at the NSW State Library. The session was chaired by the President of SPA, the Hon. Sandra Kanck.  The keynote speaker was the Hon. Professor Bob Carr (SPA Patron) and the lead author of the paper, Leith Van Onselen from MacroBusiness, also spoke.  The event was very well attended by a cross section of the community, including concerned residents, environmentalists, academics and the media.

This paper and the launch was the culmination of several months’ effort by the SPA team.

This paper should stimulate public awareness and discussion and influence our political leaders to take more seriously the issues of population growth.

With the ongoing support from SPA members and supporters, this will be the first of a series of well-researched, professional papers which will challenge mainstream thinking about population numbers.

Link to the discussion papers page 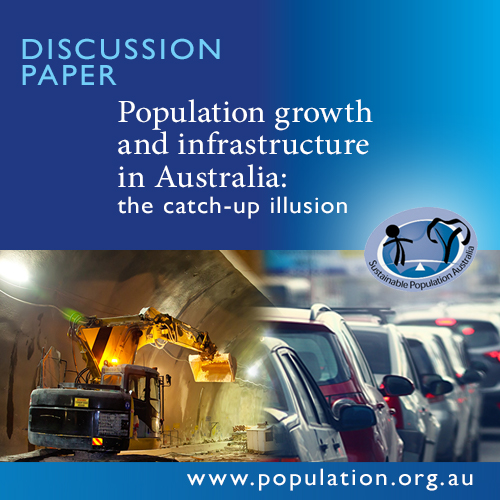 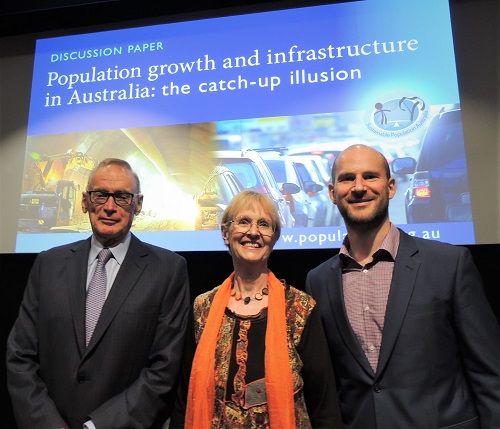 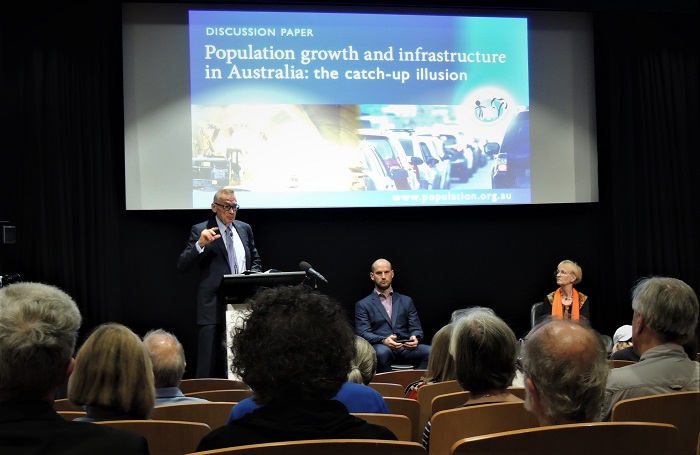