SPA is very excited to share that we are joining forces with the highly loved Melbourne Comedian ROD QUANTOCK to make a web series exploring the topic of population growth! 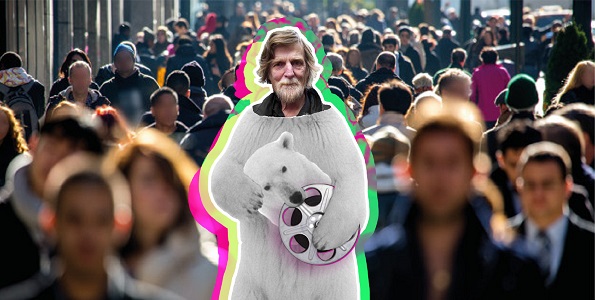 TOUGH CROWD will be a first of a kind series . Rod will be interviewing other comedians and entertainers to discuss the challenges and difficulties they face when discussing population in wider society.

This series has HUGE potential to draw interest from wider society. Interviews will share their experience with a poignancy and flare that will be engaging and informative.

Furthermore, if Rod has anything to do with it, the web series will also be raucously funny. If there is one thing our movement needs, it is a generous dose of HUMOUR.

It is a project that SPA has never tried before. It is CRITICAL during this time when mainstream society is actually talking about the issue that we are ready to step up to the challenge and reach out to the ‘Tough Crowd’ out there.

To make this project a success, we need YOUR help.

Many SPA members are now aware of our CROWDFUNDING campaign, which we have launched to raise funds for the series.  Support for our campaign has been hugely positive so far, we have raised $3000 so far with 2 weeks left to go to reach our target of $4500.

Funds are needed for the production cost of the series, including reimbursements for the interviewees, venue higher, editing and promotion.  We also need to to purchase additional film equipment to make this series snappy and professional.

We would be hugely grateful if you were to have a look at the site and consider giving a pledge.  It can be as small as $2, every little bit counts and furthermore it is tax deductible!  For those who choose to pledge more, there are some good rewards up for grabs.  These include your name on the credits , a free CD from my band, all the way through to your own personal lunch with Rod Quantock himself!

It would also be fantastic if you could share this crowd funding campaign with your family, colleagues, networks, fellow resident group members or activists, or indeed ANYONE.  Not everyone is in a position to join SPA, but they may be keen on this project if they are concerned about population – or if they are a Rod Quantock fan!

Every cent will count.  We are living in a time when  Australia is around the corner from hitting a population of 25 million. Melbourne is now heading upwards of 9 million by 2050, and Australia is growing by the size of a new Canberra every year. We are concreting over our farmland, we are expected to run low in water within a decade and Australia has one of the highest rates of land clearing in the world.  We NEED to get the message out there.