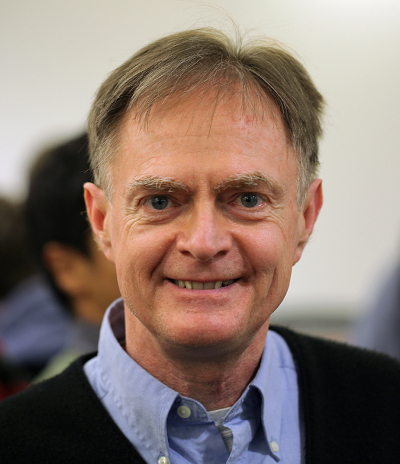 The End of Growth

…asking that the Trustees of the fund give consideration to using your donation to support this tour. Donations to the SPF are tax deductible

Richard Heinberg explains the close link between the resource/environment and the social/economic components of the present disintegration. As a journalist with a keen understanding of science and maths he does it better, more comprehensively and more clearly than most others. While the conventional wisdom is that we must get ‘the economy’ growing again, Heinberg shows that not only is this the wrong strategy, it is actually making the situation worse and more intractable. 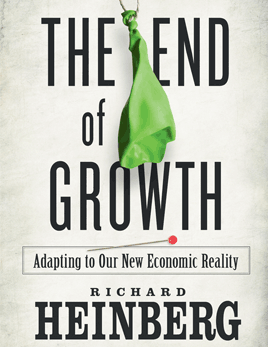 Richard is a Senior Fellow of the Post Carbon Institute and is widely regarded as one of the world’s foremost Peak Oil educators. Richard’s latest book The End of Growth follows a number of others that deal with declining resources, particularly oil. His books have been translated into eight languages. Since 2002, Richard has given over four hundred lectures on oil depletion to a wide variety of audiences. He is a recipient of the M. King Hubbert Award for Excellence in Energy Education (2006). He has appeared in a number of documentaries, the most recent being Earth 2100 ABC (US) television, 2009).

Continuous growth of either population or GDP is impossible in a finite world. Both these drivers of unsustainability have now run up against Nature’s biophysical limits. Nature is now forcing humanity to a transition, one that is as profound as the transition from gatherer/hunter to settled agriculturalist 10,000 years ago.