You may have heard the ABC Radio National Life Matters program: “Talkback: Is Australia’s population getting too big?” featuring Hilary Harper in discussion with Dr Liz Allen and Professor Tim Soutphommasane.  It was broadcast on Monday 31 May 2021 and featured the usual tropes and misinformation.

Our national President, Jenny Goldie,  wrote a response to one of the senior producers of  Life Matters, which we would like to share in full below.  A PDF is also available at the bottom of the page.  Please share this page or PDF far and wide. 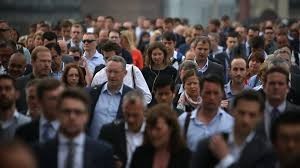 Life Matters with Hilary Harper. Is Australia’s population getting too big? Monday 31 May 2021

I refer to the above program, the guests of which were Dr Liz Allen and Tim Soutphommasane. The subject is of great interest to my organisation whose primary concern is the size and growth of Australia’s and global populations.

While the perspectives of both Dr Allen and Dr Soutphommasane had some value, nevertheless, there were a few inaccuracies, such as their assertion that ending immigration would end population growth in this country. There is still significant natural increase (135,400 people in the year ending September 2020) that will take at least a couple of decades to work its way down to zero, so population will increase even if net migration remains low because of Covid.

In addressing the question, namely, ‘Is Australia’s population getting too big?’ the program failed to properly address the overriding issues. These are the environmental consequences of the significant population growth that Australia has witnessed, particularly in the past decade and a half when immigration surged. Annual population growth, averaging 1.4 per cent even though it dropped last year to 0.9 per cent because of Covid, is more than twice the OECD average. At times it exceeded over 400,000 people a year, a large amount considering the current population is 25 million.

The most recent State of the Environment – Australia report from 2016 says that while parts of the Australian environment are in good condition,

There are, however, areas where the condition of the environment is poor and/or deteriorating. These include the more populated coastal areas and some of the growth areas within urban environments, where human pressure is greatest (particularly in south-eastern Australia); and the extensive land-use zone of Australia, where grazing is considered a major threat to biodiversity.

In Australia, the key drivers of environmental change are population growth and economic activity.

Clearly, to house, feed and clothe so many extra people a year, more and more natural habitat will be destroyed for urban expansion and farmland. Australia already has the worst mammal extinction record – further destruction of habitat will only exacerbate this.

We now also face the existential threat of climate change where it is critical that Australia follow the rest of the world in reducing its greenhouse gas emissions. This task is all the harder as populations continue to grow. This was not given sufficient attention.

In the program, the ABC survey was discussed but it was not acknowledged that other surveys, using proper sampling methods, have shown different results, such as those from The Australian Population Research Institute, the ANU Social Research Centre and Essential.  These surveys indicate a significant majority of Australians wanted lower immigration and an end to population growth. Dr Allen suggested that figures favouring lower immigration may be attributed “to the lingering consequences of the White Australia policy”. This implied accusation of racism is not only insulting but an egregious and ill-informed misreading of public concerns about population growth. It disregards the genuine concerns of Australians struggling with unaffordable housing, congestion, wage stagnation, long waiting times and the other direct consequences of rapid population growth (until last year, 60 per cent fuelled by high immigration) and the inability of infrastructure to keep up.  She seemed unaware of recent commentary by the likes of Ross Gittins, Crispin Hull, Judith Sloan, Leith van Onselen, Nicholas Stuart and even the Australian Financial Review, that the Covid-related border closures (leading to a dramatic drop in immigration) have led to a drop in youth unemployment and have improved the ability of some workers to seek high wages after years of wage stagnation.

Perhaps the most disappointing element of Dr Allen’s contribution was her response to the issue of ‘carrying capacity’, dismissing it because it does not take into account innovation.  We acknowledge that there are always debates about the precise measurement of carrying capacity for human societies, and the extent to which innovation can solve accumulating environmental problems. But the application of the concept of carrying capacity to the human predicament is still very much in play and deserves open discussion by suitably qualified experts. Dr Allen may not be aware of the significant scientific work on planetary boundaries and ‘ecological footprint’. Similar carrying capacity principles are applicable at continental and bioregional scales, for a country such as Australia.  For example, Liebig’s Law, the idea that carrying capacity is determined by the resource in least supply, underpins why Australia cannot have the same population as continental USA or China. It is because growth, in our case, is constrained by water – we live on a largely arid continent. This should have entered the discussion, rather than being dismissed by Dr Allen as a “fringe thing”.

Another disappointment were her remarks relating to ageing and immigration. She overstated the effects the latter has on the former, when in fact the effect is only marginal, and any benefits are outweighed anyway by the problems of an ever-growing population. The argument was in contradiction of her support for family reunion, where the immigration of elderly parents adds to the ageing of the population.

Dr Soutphommasane’ s main assertion was that Australia must make a choice between a vibrant, open and international future predicated on on-going population growth and a more insular future in which Australia and Australians cling to a past that is already lost.  He ignores the fact that Australia is possibly the most multicultural country in the world already with a quarter born overseas. Clearly these people retain links to their former countries and the likelihood of insularity is thus small. Dr Soutphommasane failed to address whether or not residents of Sydney and Melbourne felt any vibrancy might be outweighed by the downsides of their cities going from three to five million.

Overall, we are concerned that your program and RN fail to appreciate that you cannot have infinite growth (of population or anything else) in a finite system. There is too much focus on alleged social and economic benefits of growth with far too little on the environmental downsides, and indeed, the social and economic downsides.

While it is welcome that the ABC is fostering public awareness and discussion of population issues, we hope that in future you will endeavour to reflect more accurately, and in a more balanced way, the spectrum of opinion in the community and among experts in the field. I am of course willing to suggest other reputable experts on these topics.