Earth Overshoot Day marks the date when humanity’s demand for ecological resources and services in a given year exceeds what Earth can regenerate.  This year it falls on 29 July, earlier than any previous year. Australia’s Overshoot Day is much worse; on 22 March.

National President of Sustainable Population Australia (SPA) Jenny Goldie says Earth Overshoot Day should never be earlier than 31 December if we are to retain our natural resource base on which we depend.

“Earth Overshoot Day gets earlier and earlier,” says Ms Goldie. “The only exception was last year when it was 22 August, thanks to the Covid-induced economic slowdown.

“In the past 20 years, the date has come forward by three months.  Global humanity is currently using natural resources 1.75 times faster than our planet’s ecosystems can regenerate, the equivalent to using 1.75 Earths.

“If everyone consumed at the level of Australians, however, we would need over four Earths to provide resources and absorb our wastes.” 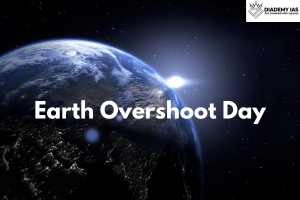 This enormous consumption is made worse by continuing population growth: 83 million more people in the world and 136,300 more in Australia in 2020.

“Clearly, if we are to #MoveTheDate  back towards December, we must curb both consumption and population growth, particularly in wealthier countries.

“Poorer countries have dates much closer to December so are less of a problem. For example, Papua New Guinea’s Overshoot Day is 16 November. Nevertheless, such countries often have high population growth rates and they will have trouble moving the date back to December as they lift their people out of poverty and consume more.

“Thus, Australia must not only get its own house in order in terms of stabilising population, it must help others to do so through the foreign aid program, with more money directed to family planning, girls’ education and gender equality.

“Surely, it would be imprudent of us to ignore the warnings of the world’s scientists about the human growth enterprise, and unethical to bequeath an impoverished planet to our children.”