Sustainable Population Australia (SPA) welcomes the retreat by three weeks of Earth Overshoot Day, from 1 August last year to 22 August this year. SPA, however, regrets that the Covid pandemic has been the cause, rather than deliberate government policy to reduce the impact of human activity on the planet.

Earth Overshoot Day marks the date when humanity’s demand for ecological resources and services in a given year exceeds what Earth can regenerate in that year.

SPA National President Sandra Kanck says Earth Overshoot Day should never be earlier than 31 December and we remain a long way from that.

“We cannot use up a year’s resources and services in less than 12 months, otherwise we are in overshoot and do not have a sustainable future”, says Ms Kanck.

“Humanity is not living off the interest of what the Earth provides – we are living off capital,” she says. “It means we are degrading our natural ecosystems on which we depend year after year after year apart from providing a home for millions of other species. 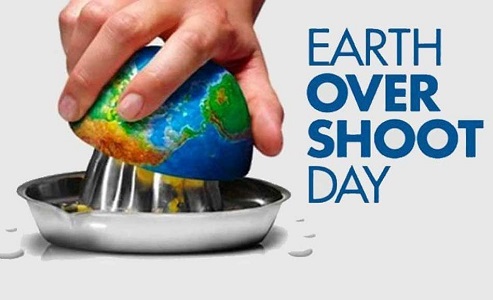 Ms Kanck says the most effective means of ending population growth is to make accessible contraception to all couples who need it.

“Girls’ education is important, as are women’s rights, but voluntary family planning within the context of good primary health care is critical to the well-being of all.

“Global warming is already having a negative impact on food yields, yet we will need 60 per cent more food by mid-century to provide everyone with a decent diet. This can only put more pressure on our natural systems and bring forward Earth Overshoot Day each year.”

A recent report by the Commission for the Human Future  found that, if humanity is to continue to have enough food, action must be taken to flatten the human population growth curve.