SPA National President Ms Jenny Goldie says the first plane load out of Kabul of a mere 26 people by Australia was pathetic and took no account of the scale of its obligation to the many Afghans who had worked for and beside Australians for 20 years.

“The scenes of people running in front of planes and even hanging on to the landing gear showed the desperation of so many,” says Ms Goldie.

“Despite the spokesperson for the Taliban, Zabihullah Mujahid, in its press conference on Tuesday assuring his compatriots who had worked with the US and its allies that they would not be treated with revenge, nevertheless, the fear of the people is clearly evident. 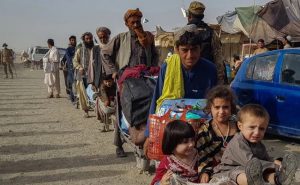 “The record of the Taliban is not good, particularly in its treatment of women and girls who thankfully have had two decades of respite from its excesses. For 20 years women and children have had access to school and family planning clinics, both of which helped bring the fertility rate down from 7.5 to 4.5 children per woman.

“Last month in two provinces where they had taken control, Taliban leaders issued an order to local religious leaders to provide them with a list of girls over the age of 15 and widows under the age of 45 for marriage with Taliban fighters.

“This is inhumane,” says Ms Goldie.

“While we cannot take every Afghan who is afraid of the Taliban, nevertheless, we must help the interpreters and others who have worked with our troops to get out and come here under our Humanitarian program.

“We are signatories to the 1951 Refugee Convention and these people clearly fill the definition of a refugee, namely, someone who has a well-founded fear of persecution, war or violence in his own country.”