What Australia does NOT need is an explosion of immigrants: SPA

The NSW Premier’s call is at odds with several learned economists, including Reserve Bank governor Philip Lowe, Professor Judith Sloan and Professor Ross Garnaut, who cited high immigration as contributing to the past decade’s stagnant wages and rising job insecurity. 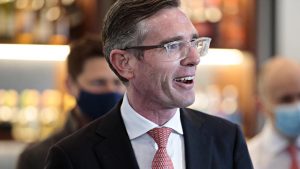 Last week, UK Prime Minister Boris Johnson told the Conservative Party Conference, “What I won’t do is go back to the old failed model of low wages, low skills, supported by uncontrolled immigration.” Australian politicians should take a leaf from his book and stand up to the self-interested Big-Australia lobby.

National President Jenny Goldie says Premier Perrottet’s economic-growth-at-any-cost position takes no account of environmental and social factors.  “Premier Perrottet stated quite clearly on the day he was installed as Premier that his priorities were the economy over health,” says Ms Goldie. “His immigration push is now prioritising the economy over the environment and social factors such as providing enough schools and hospitals.

“After Sydneysiders have suffered the overcrowded services and infrastructure of two decades of red-hot population growth prior to the pandemic, it seems this is a brazen attempt by Mr Perrotet to inflict another, even more extreme, dose.

“For 15 years, until Covid closed our borders, we had massive population growth fuelled largely by immigration that led to infrastructure not keeping up. That led in turn to a decline in standard of living.

“Since borders closed, however, resident Australians filled many of the jobs normally filled by immigrant workers. Unemployment fell and some employers have lifted wages to attract staff.

“If there is a genuine skills shortage in some sectors, it is a failure of our educational sector to provide those skills. Such shortages have not been demonstrated. Nevertheless, it is reprehensible that the federal government didn’t allow universities to receive JobKeeper, and failed to maintain adequate funding to the TAFE sector.”

Ms Goldie says it is critical that Australia does not increase its population, either through immigration or natural increase.

“We are losing critical habitat for other species, not least the koala, because of population growth,” she says. “The more people there are, the greater urban and agricultural expansion to house and feed all the extra people.

“Premier Perrottet must also tell us which countries he is poaching workers from. In the case of health care workers, many will come from countries already in dire need of them. It is not a moral position to take.”

This media release is in response to statements from Perrottet as reported in the Australian Financial Review:  “Australia needs ‘explosive’ surge of 2 million migrants.“

Sustainable Population Australia has written a 2021 statement – “Rethinking Big Australia: the impacts of COVID-19” – that can be found on our website here.