SPA statement to the COVID-19 pandemic

Sustainable Population Australia (SPA) extends our sympathies and solidarity to all those affected by the COVID-19 pandemic during these very trying times.

We are deeply saddened for the thousands who have already lost their lives to this terrible disease and give our deepest sympathies to their families, friends and communities. We extend our thoughts to the many who are struggling with loss of business, unemployment, financial stress and housing insecurity.   We express our gratitude to all those in the global community –  in particular to health workers and others – who are putting themselves in harm’s way to assist those in need.

SPA has been deeply troubled by some comments in the community that COVID-19 related deaths are in any way positive as a means of population control.  This position is both morally deplorable and demographically naïve, and this is most certainly not the position of SPA. It is precisely to avoid the escalation of suffering and premature deaths that SPA seeks to end population growth through voluntarily limiting new additions to our population. SPA advocates for the highest quality of life for everyone on the planet, whilst rapidly reducing the rate of global population growth from the current level of 80 million or more every year.

History has shown that pandemics, wars and other disasters have little impact on population growth patterns.  Only shifts in attitudes and behaviour toward family size norms, contraception and migration have any lasting effect.

Nevertheless, SPA believes that many lessons can be learned from the current pandemic, and from the economic hiatus caused by our efforts to contain it.

Firstly, a vast majority of all major pandemics have originated from animal to human interaction. The ongoing spread of humans into the earth’s remaining wilderness has resulted in a mass displacement and exploitation of wild animal species.

When animals are stressed due to habitat disruption, their disease load can be heightened, increasing opportunities for transmission. 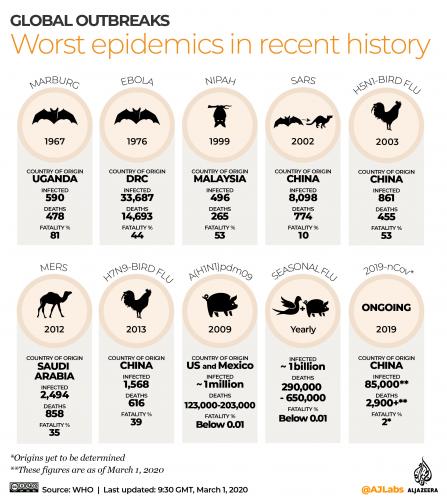 According to Prof. Andrew Cunningham, of the Zoological Society of London:

“It’s almost always a human behaviour that causes it and there will be more in the future unless we change,”

In the words of the UN’s environment chief, Inger Andersen:

“Never before have so many opportunities existed for pathogens to pass from wild and domestic animals to people…Our continued erosion of wild spaces has brought us uncomfortably close to animals and plants that harbour diseases that can jump to humans.”

“There are too many pressures at the same time on our natural systems and something has to give. And as we hurtle towards a population of 10 billion people on this planet, we need to go into this future armed with nature as our strongest ally.”

Secondly, there is a connection between population density and the speed of infection transmission.  The more people that are in very close proximity to each other, the more opportunities there are for spreading pathogens.   This can be particularly seen in confined environments such as cruise ships.

“There’s a strong correlation between the risk of pandemic and human population density. We’ve done the math and we’ve proved it.”

And from Professor of Agriculture and Environmental Sciences, Ambt Anoruo:

“Imagine that when the population was about 4 billion in 1975, nobody outside China, the origin of the disease, could have heard about coronavirus because natural social distancing could have stopped the disease. Even if the virus escaped China, it could have run into natural distancing due to human population density per unit of land.” 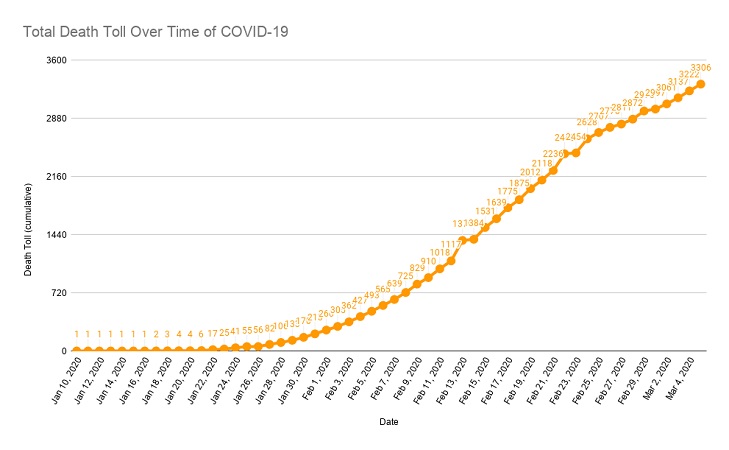 Nevertheless, China, Taiwan and other densely populated countries in the east have been (so far) more successful in managing to the spread of COVID-19 in comparison to less densely populated Western countries. Some have speculated that their recent experience with SARS contributed to their rapid, thorough response and public compliance – despite there being a highly unfortunate delay in the original outbreak being initially reported in China. In comparison, European communities were more naïve to such threats.

It would be fair to say that mobility can be a greater contributor to spread than population density.  The vast scale of air travel rapidly carried the virus to almost every corner of the globe, before effective restrictions were imposed.

Thirdly, the measures taken to curtail the pandemic provide us an opportunity to reassess our social and economic goals, and to consider whether we wish to resume on the path of growth at all costs, or retain some of the benefits of our abruptly altered lifestyles.

Restrictions on travel and economic activity have resulted in a dramatic drop in our collective CO¬2 emissions – up to 25% in China.  The reduction in smog across many Asian and European cities is already saving many lives. Climate change responses resisted for decades are being overtaken by COVID-19 responses implemented in weeks. Of course, current measures can’t be sustained indefinitely, but we seriously need to consider how much of our old behaviours we should resume. Air travel in particular is among the highest contributors to personal greenhouse gas emissions – more so for Australians than most people – although dwarfed by the carbon impact of having fewer children. Perhaps we can rediscover the pleasures of local tourism, and living nearer to family members.

However, population size is a multiplier of all the impacts of human behaviour, so the impact of any lifestyle changes that we make in a post-COVID-19/low carbon world will be lessened if we do not curtail population growth. 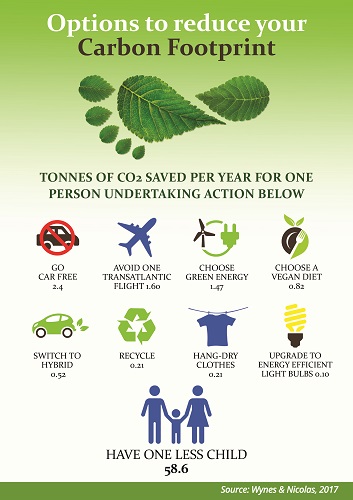 Due to increasing population pressure, we find ourselves in a predicament where we need to constantly find ways to constrain our behaviour in order avoid further deterioration of our physical and social environments and keep ourselves safe.  Margins of error are ever narrowing as we are required to squeeze more production from each natural resource.

It is clear that fundamental changes need to be made to the way that humans interact with the millions of other species in which we share this planet.  But it is nearly impossible to scale back the magnitude of our impact if our population heads towards 11 billion people by the end of century.  It is all the more impossible if our universal moral goal is – as it rightly should be – to lift all people out of poverty,  which means billions of people must consume more of the world’s physical resources than they currently do.  Such a goal has a far better chance of being achieved if we can stabilize and then reduce the size of the world’s population.

We can lessen population growth, by supporting women’s rights and access to contraception, by promoting the benefits of small families, and in Australia by limiting immigration. But we are already exceeding sustainable levels of resource use, and must also reduce our individual demands on the planet, particularly in the more affluent countries. It is imperative that we learn that our current economic system (which demands endless growth on a finite planet) is broken and that a transition to post-growth economic and social systems is critical for our survival.

“Humanity needs to enter the post-coronavirus era, not looking back to the way things were but pointed towards where we need to go.”

“Not only has growth not been touted as a saviour, it has been definitively kicked to the curb. The blind pursuit of growth – expanding the commercial marketplace at all costs – is what made us much more vulnerable and unprepared than we otherwise would have been.”

This is particularly true for Australia.  Fuelled by the mantra of ‘jobs and growth’, for far too long our economy has relied on boosting economic migration to prop up the construction, property speculation and tertiary education industries. As a result, Australia has one of the highest population growth rates in the OECD as well as one of the world’s most expensive housing markets.

This has left a legacy of flagging infrastructure, a casualised and over-competitive labour market and housing insecurity for many Australians. This leaves us particularly vulnerable to pandemics and other shocks as our already stretched health system struggles to keep up with demand, and unemployment surges.

Town planners have touted high density accommodation as a solution to our rapidly growing cities but the environmental impact of constantly increasing densities is huge and unacceptable in a low carbon world, while the social outcomes are less than desirable.  As we are required to stay home, apartment dwellers are confined to cramped quarters without gardens or green spaces. Many are unable to enter or leave without touching surfaces others must touch. In turn, it makes social distancing more problematic.

The pandemic has caused some reprieve from immigration, which Australia has been sustaining around the highest rate in the developed world. How quickly employment recovers will depend on whether we keep economic immigration low – although SPA would recommend a rapid resumption of the humanitarian program. To improve our environmental sustainability and social resilience, net immigration should be no higher than 50,000 per year, a level that would allow our population to stabilise. Now would be an excellent time to commit to such a cap, ahead of the ‘baby bonus kids’ beginning to enter the labour market in 2021, adding a further 50,000 to the annual numbers of school leavers over the next few years.

SPA also calls on the government to work together with experts and Australian citizens to agree on innovative economic and social systems that do not rely on now-outdated anthropocentric models of endless growth and unnecessary consumption.  SPA aspires to a society which values wellbeing over growth, local communities over the narrow interests of big business, and in which the rights and wellbeing of natural ecosystems are upheld alongside the rights of human development.

Please let us see this pandemic as a wake-up call from nature and seize it as a crucial time of opportunity for change towards ecological sustainability..