With ‘Restoring Ecosystems’ as the theme for World Environment Day (5 June), Sustainable Population Australia (SPA) is urging an end to population growth as a top priority.

SPA National President Ms Jenny Goldie says that restoring ecosystems is an excellent objective; nevertheless, it is necessary to consider why ecosystems have degraded in the first place.

“There are too many people on the Earth demanding too many resources,” says Ms Goldie. “The human ecological footprint is a staggering, unsustainable 170 per cent of the Earth’s renewable biocapacity. 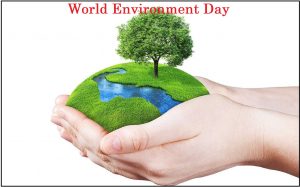 “Whether it is wood, water, soil or fish, these come from the natural environment. If an ecosystem cannot replenish itself faster than resources are removed, then that ecosystem will degrade and eventually be destroyed.

“We have to stop our excessive demands on the Earth’s ecosystems, not just individually, but in total,” says Ms Goldie. “That has to mean an end to population growth and excessive consumption.  This includes Australia where the environment is already gravely diminished by relentless human encroachment.

“You cannot have infinite growth in a finite system.”

Ms Goldie says the current annual global increase in population is around 83 million annually, or 1.1 per cent per year. The global population has grown from 1 billion in 1800 to 7.9 billion in 2020.

“That is a huge number of extra mouths to feed, shelter and clothe each year,” she says.

“Even if people led much simpler lives, and the poor cannot be expected to tighten their belts any more, people still need resources to live. That means ecosystems, be they farms, rivers, coral reefs, deserts, forests, oceans, prairies, rainforests, savanna or tundra, will be exploited for those resources.”

Ms Goldie says the growth in human population has coincided with a dramatic loss in biodiversity.

“Species are becoming extinct 100 times faster than they would without human impacts. While the human population has doubled in the past 50 years, populations of wild animals have more than halved.

“We have now entered the sixth mass extinction. So much of the loss of biodiversity is caused by human encroachment on natural habitats. If we could stabilise human populations everywhere, particularly in biological ‘hot-spots’, we might arrest this catastrophic mass extinction of life.”