The world cannot cope with another two billion people by 2050

The world cannot cope with another two billion people by 2050

SPA National President Ms Jenny Goldie says the world is already overpopulated and another two billion will plunge ever more people into hunger and poverty, while exacerbating the sixth mass extinction that is already upon us.

“The world grows by 83 million people a year, or by 1.1 per cent,” says Ms Goldie. “83 million is the current population of Germany. Such growth is clearly not sustainable. Already the human ecological footprint is 170 per cent of Earth’s renewable biocapacity and the boundaries of key planetary processes are being exceeded. 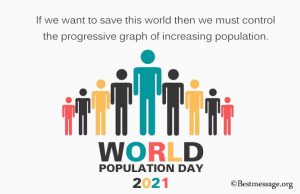 “As the secretary-general of the United Nations, Antonio Guterras, has warned, ‘humanity is waging war on nature. This is suicidal. Making peace with nature is the defining task of the 21st century. It must be the top, top priority for everyone, everywhere.’ Achieving this will require zero population growth or less, not 1.1 per cent.

“Globally, most of the projected population growth will happen in the poorest countries, deepening their poverty and making them vulnerable to hunger and violent conflicts. Farm sizes are shrinking and in the burgeoning cities, infrastructure and job creation can’t keep pace with the growth.

“Meeting their needs for food and shelter often means forests are cut down, destroying the habitats of other species and sometimes, in turn, causing the very loss of those species.

“Nine years ago, at the London Family Planning Summit, rich countries including Australia pledged increased funding for family planning services. Only a fraction of these resources was delivered, and Australia was among the first to renege. Now, due to Covid-19, some countries are withdrawing their aid just when it is needed most. Australia’s foreign aid cuts must be reversed urgently.

“It is population growth, however, in the wealthier countries such as Australia that is of most concern for climate change,” says Ms Goldie. “Here, high levels of fossil fuel use causes climate change and the associated extreme weather events such as the recent heatwave in northwestern US and Canada.”

Ms Goldie says that if we are to have any hope of staying below 1.5C degrees of warming, then greenhouse gas emissions must be cut in half globally by 2030. Every increase in population makes this harder.

“The recent joint report by the Intergovernmental Panel on Climate Change (IPCC) and the Intergovernmental science-policy Platform on Biodiversity and Ecosystem Services (IPBES) said that biodiversity loss and climate change are both driven by human economic activities and mutually reinforce each other. Neither will be successfully resolved unless both are tackled together. 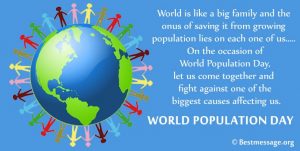 “If we are to curb biodiversity loss and mitigate climate change while lifting two billion people out of poverty, then we must address both the number of people and their behaviours,” says Ms Goldie. “Somehow, we have to provide for the basic human needs of everyone on the planet while not destroying ecosystems and the life-supporting services they provide.

“Fortunately, we can bring birthrates down through universal access to family planning, by providing education for girls and in achieving gender equality.

“Unfortunately, under Covid, all these have gone backwards. The world must ensure that it plays catch-up, so all women can choose to limit the number of children they have.