SPA’s Communication Manager Michael Bayliss responds to the federal 2020 budget in the latest episode of Post Growth Australia Podcast  (PGAP).  A link to the PGAP series – which have been made possible by our generous SPA members and donations from the broader community – can be found on our home page or by clicking here. 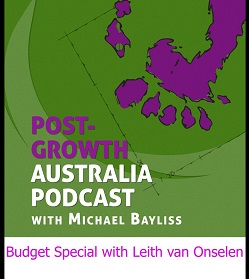 Michael interviews Leith van Onselen,  ‘Unconventional Economist’  from popular media blog MacroBusiness.  Among other things,  Leith discusses the downsides of a growth based economic system,  population/immigration policy,  and what the federal fiscal policy ought to be for a post-pandemic recovery.  A link to the episode can be found here.   Leith was also lead author of our 2019 discussion paper: “Population growth and Infrastructure in Australia: the catch-up illusion.”  The link to the discussion paper can be found here.

Full episode description after the photo. 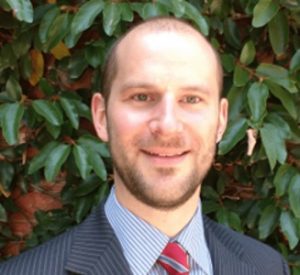 The Federal budget was made public on October 2006 with the usual disappointment we have come to expect from the coalition government (well from both major parties really). So what SHOULD the budget have looked like as we enter into the pandemic flecked decade of consequence? Host Michael Bayliss talks to Leith van Onselen to find out what a sensible economic response during these trying times OUGHT to look like.

Leith van Onselen writes relentlessly as The Unconventional Economist at the blog site MacroBusiness, one of the more successful fringe media sites in Australia (and by ‘fringe’ we mean ‘not owned by Murdoch and yet still surviving’).

Speaking of mainstream media, Leith is so far the only guest (or host) ever to have appeared on The Bolt Report and The Today Show. Now before we get too alarmed, I argue that this is not because Leith is a covert neoliberal but rather his communication style is such that his unconventional economics can appeal to a broad mainstream audience.

During the interview we find out why Leith is, indeed, an ‘unconventional’ economist and conclude that, indeed, this is because he is at heart just like to rest of us. He wants to see an end to deregulated neoliberal growth that benefits the few at the expense of the many. Instead, he would like to see more leisure, community, well-being, lower consumption and more considered frugality.

Leith would also like to see an end to Australia’s high rate of population growth that have been boosted through higher levels of economic migration over the last two decades which has seen his home city of Melbourne climb from 3.5 to over 5 million in under 20 years. This is an ‘unconventional’ position that tends to be unpopular with both big business and the left, however we love to put population under the microscope on PGAP, so we explore this issue further with Leith.

Leith informs us on the fiscal policy that the government should take in the difficult decade of recession that lies ahead (as it turned out in the October 06 budget, the government didn’t really follow Leith’s advice). I begin the episode by sharing my take on the budget and end the episode by giving my take on a recent article that aims some criticism at Degrowth advocates (from an author to which I was not expecting this from).

It comes down to the fact that there is a bit of an argument in economics land: IS it possible to have GDP growth without physical growth that requires resource extraction? Or in other words, is it possible to decouple economic growth from environmental destruction? What are your thoughts? Can we decouple our way out of our problems or is this just wishful thinking? Please let me know your thoughts by clicking the contact tab on this website and let me know if you would like your opinion broadcast on the next episode.