On 5 December 2019, The Federal Senate resolved to establish a Select Committee on Temporary Migration to inquire into and report on the impact temporary migration has on the Australian economy, wages and jobs, social cohesion and workplace rights and conditions.  SPA wrote a submission in response to the inquiry.  All submissions can be read at the Inquiry website here at time of writing  (06/08/2020).

Our full submission can be downloaded here with permission from the Inquiry Secretariat.  We also include below the transcript of our executive summary below: 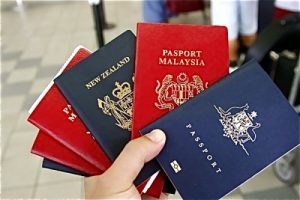 Sustainable Population Australia (SPA) argues for total migration to be capped at 50 000 place per year, at a rate at which, long term, will achieve a stable national population.  The cap should include both permanent and temporary migration visa categories, regardless of length of stay, with the exception of the tourist visa category.

A long term stable population is critical for many reasons, which include environmental, infrastructure, housing affordability and employment indicators.

The university sector has become increasingly reliant on income from international student fees, particularly so over the last decade.  This privatisation of the tertiary sector and reliance on overseas placements has resulted in some undesirable consequences.  These include:  diminishing placements and support for domestic students; a shift in focus of tuition and service delivery to accommodate international students; academic research geared towards appealing to prospective international students; conflict of interest leading to diminishing quality of education; dependency on a narrow range of source countries for student enrolment leaving many universities vulnerable (particularly so for the Go8 group of universities).

SPA recommends that the federal governments works with universities to reprioritise domestic placements in universities.  This may be achieved by policies to assist universities returning to public service institutions serving the domestic populace as opposed to the privatised enterprises they have now become.  There would still be scope for a limited amount of international placements or study exchange opportunities.

Temporary work Visas are often justified on the ground that there is an existing skills shortage in the Australian economy and that temporary migrants fill the jobs that Australian born residents do not want to do.   The argument of a skill shortage has been overstated by the business community for many year and now holds even less validity as Australia enters recession and unemployment climbs.  As the job pool shrinks, so there will be even greater competition from domestic citizens for the occupations formerly held by migrants on temporary work Visas.  Regarding the argument that migrants hold jobs that Australians don’t want to do, this is due to the fact that much of this work, such as seasonal farm work, is inherently unpleasant and exploitative. Furthermore, the workplace is corrupt and poorly regulated to the extent that migrant workers are routinely exploited.  We argue instead there is a moral imperative for working standards to improve so that all work is fair and provides life satisfaction.  The alternative, where undesirable work is palmed off to a massive underclass of exploited migrants is unacceptable.