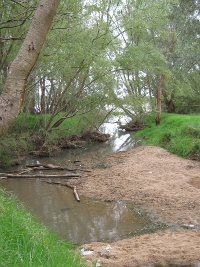 The Murray Darling Basin Authority (MDBA) last year released its proposed ‘Basin Plan’ (thebasinplan.mdba.gov.au) to manage water extraction in the Murray-Darling Basin. According to the MDBA:

“Management will include enforceable long-term average sustainable persion limits, arrangements for the coordination and management of environmental water, and rules for water trading.”

The proposed plan attracted outrage from irrigation groups and rural communities who immediately saw it as threatening their livelihood due to its call for a reduction in water use across the basin ranging from 20 to 45% per region.