Australians have decisively rejected returning to pre-covid levels of  high immigration and high population growth according to the latest survey by TAPRI (The Australian Population Research Institute).

The survey finds that 70 percent of Australians have rejected  the annual net migration of 240,000 people prior to COVID-19 as too high. More significantly,  69 percent believe that Australia should not grow its population via immigration at all. They cite concerns about congestion, overcrowding of hospitals and schools, deterioration of the natural environment and the high cost of housing in support of this. 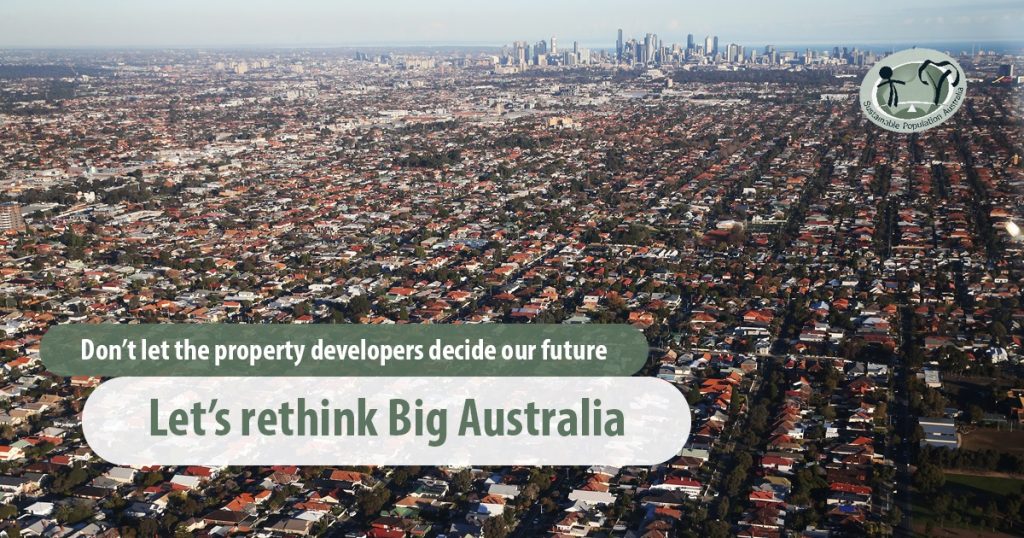 The President of Sustainable Population Australia, Ms Jenny Goldie, says the Federal government must take on board these very powerful messages from ordinary Australians when deciding post-covid levels of immigration.

“The setting of migration targets has historically been a secretive process which has been overly influenced by big business and other vested interests that benefit from the downward pressure on wages and the endless consumer market produced by enormous volumes of immigrants.

“A number of prominent economists, such as Ross Garnaut, have confirmed the link between low wages and high immigration in the decade prior to COVID-19.  We have had the lowest per capita income growth in the OECD,” Ms Goldie said.

“It is no surprise that business lobby groups such as the Australian Chamber of Commerce and Industry are calling for a doubling of pre-COVID-19 migration levels as borders re-open. They want to secure the cheap and easy bounty of the old days; but this does nothing for the average Australian.

“This intense focus on GDP and profit ignores entirely the substantial downside of this endless growth model. It is regressive, not progressive, and it is certainly not sustainable.”

Ms Goldie also noted that the TAPRI survey found that 61 percent of Australians believe we should deal with worker shortages by raising wages and improving skills training for locals.  Only 26 percent thought the answer was to let in as many migrant workers as employers want.

“The old mantra of Big Australia does not wash anymore,” Ms Goldie added. “People are tired of the constant pressures created by incessant population growth and do not want to go back to that – especially after all the stresses of COVID-19. They want a future worth having.”

“The Federal government needs to listen to the wisdom of the Australian people.”