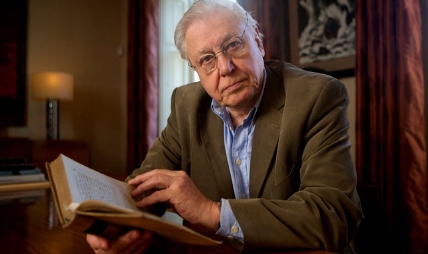 If you haven’t already seen it, don’t miss it! The SBS link to the program has now expired, but can be viewed on YouTube. You can view and participate in the SBS discussion via this link.

This doco was first screened in the UK by the BBC in December 2009. Given that the ABC has screened just about everything Attenborough has ever done, it is a bit weird that they did not screen this, the “jewel in the crown”, the culmination of Attenborough’s thinking about human beings and their natural environment. Their explanation, given to SPA after numerous fruitless requests, was that SBS had “a deal” with the production company.

“It was never offered to us”, was the explanation given by said ABC Managing Director Mark Scott. Mr Scott did not mention whether the ABC actually asked for it – and maybe the ABC is back to its old pro-growth bias after a brief flritation with Dick Smith. Never mind – congratulations to SBS for screening this documentary!