The overpopulation podcast is run by USA based organization ‘World Population Balance‘  who took the brave step to do the only known podcast anywhere that focuses on population.

Michael was interviewed just after the bush fire disaster and just as COVID-19 lockdown was starting.  Within this context, SPA also reflected on a busy year with the Stop at 2 campaign and the recent screening of 8 Billion Angels in Melbourne.

It was also interesting to explore the differences between Australia and the USA as to how the issue of population is discussed in the media and the wider community. 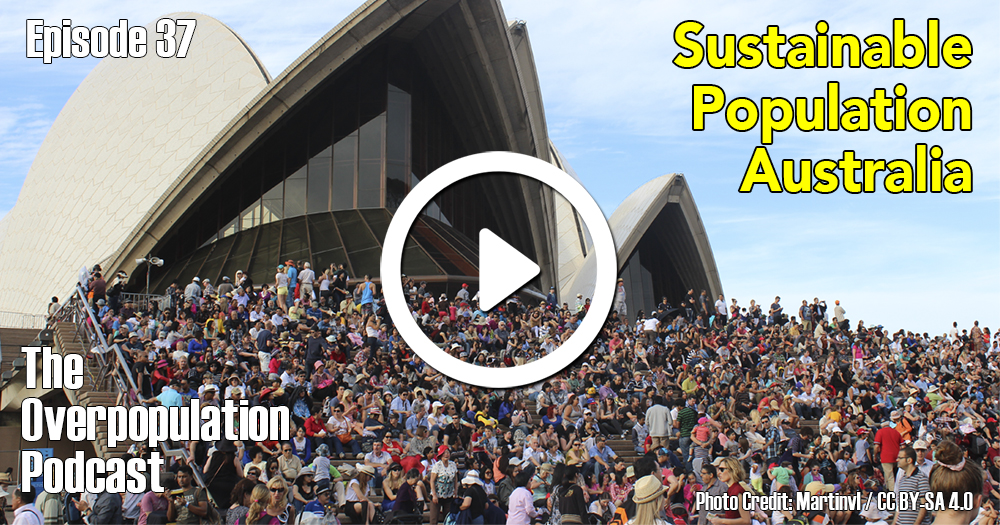 Sustainable Population Australia (SPA) has been working on the global and national population issue since 1988, about four years longer than World Population Balance. In this episode we get an update and overview of the organization and the situation in Australia from Michael Bayliss, the organization’s communications manager.

Michael enlightens us about SPA’s recommendations for an integrated population policy in Australia based on environmental sustainability. We also discuss SPA’s Stop at Two campaign and the creative videos on SPA’s YouTube channel, with all due credit to Bayliss’ creativity. Of course the recent bush fires get some attention, too. 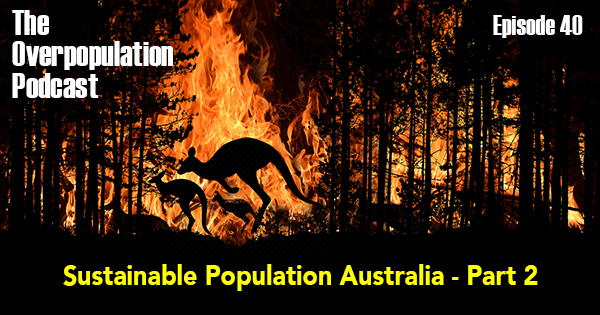 How does the public conversation about overpopulation differ between Australia and North America? Dave and Erika invited Sustainable Population Australia’s (SPA) Michael Bayliss back for a second episode to compare notes and report on the 2019 bushfires, SPA’s public policy recommendations related to population, and to share personal experiences that inform his work today.

“If you say people from THESE countries have to have less children, but OUR country doesn’t, then that creates resentment across the board for many reasons, and it just diminishes the capacity to work cooperatively with our brothers and sisters from overseas, and entrenches more colonialism…. The only way this is gonna work is if everybody everywhere champions the new norms, despite what your country’s fertility rate is at this very moment.”