Sustainable Population Australia (SPA) recently teamed up with online news site YourLifeChoices.  We invited the YourLifeChoices readership to participate in a survey regarding their attitudes toward population growth in Australia.

Nearly 500 people responded and the results were overwhelmingly in support of a better, not bigger Australia.

While the YourLifeChoices readership is predominantly an older demographic, and it was not a random sample of respondents, the results from this survey are very similar to the findings from larger surveys conducted by The Australian Population Research Institute (TAPRI) and by the Australian National University Centre for Social Research and Methods.  Our YourLifeChoices survey used identical questions to those used in these larger surveys.

Taken together, the findings from these multiple surveys refute claims from politicians, media and big business that those who oppose high population growth are on the fringes.  Far from it, we are in the majority!

Projects such as this are not possible without the contribution of our members, supporters and donations. If you would like to support the cause and the work of SPA, find out more here. 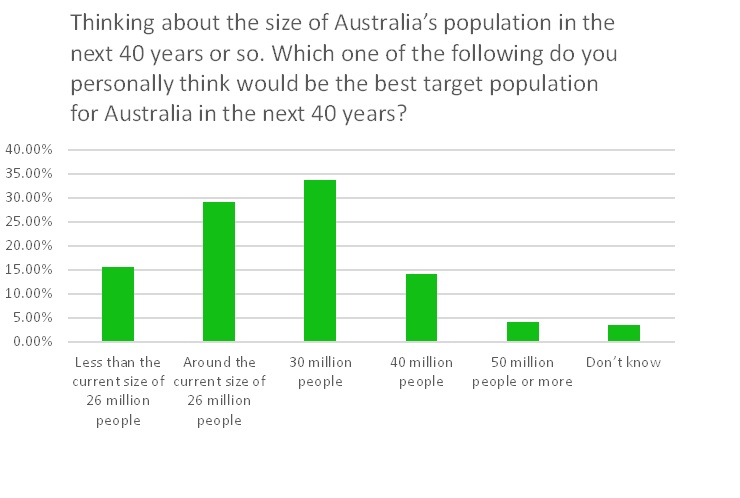