SPA has had a very busy 2022 – and we are barely half-way. Here are some of our achievements so far, including our fancy graphical summary (see PDF version here).

To keep up this good work, we need your support.  Every donation, large or small, goes to our campaign, educational and lobbying work.  Our admin overheads are negligible, so your donation will have a real impact. It will enable us to expand our activities aimed at stabilising our population and making a better future for the community at large and for workers, tenants and wildlife in particular.

And don’t forget your donation is fully tax deductible. 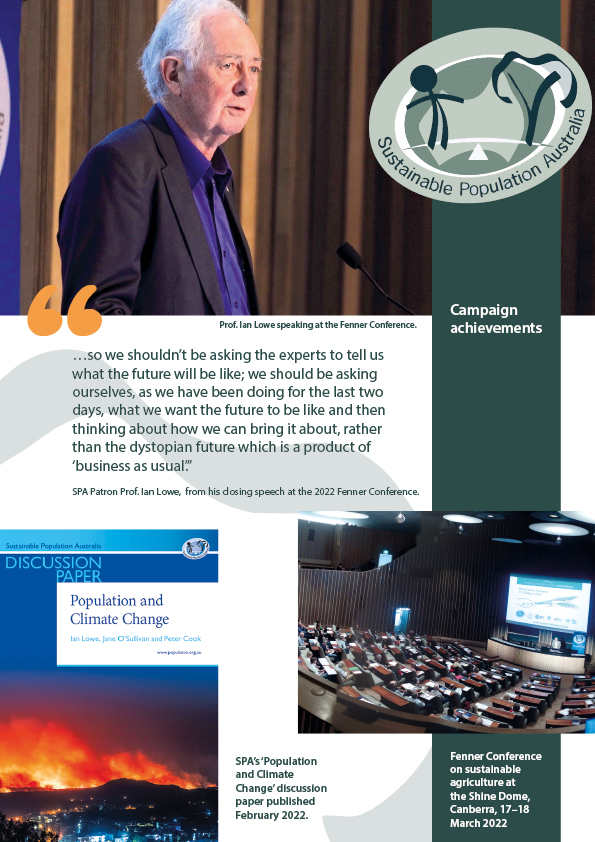 In February we were delighted to release our discussion paper “Population and climate change”. These discussion papers provide an intellectual bedrock for SPA on these issues. We were also delighted at the extent of mainstream media coverage. 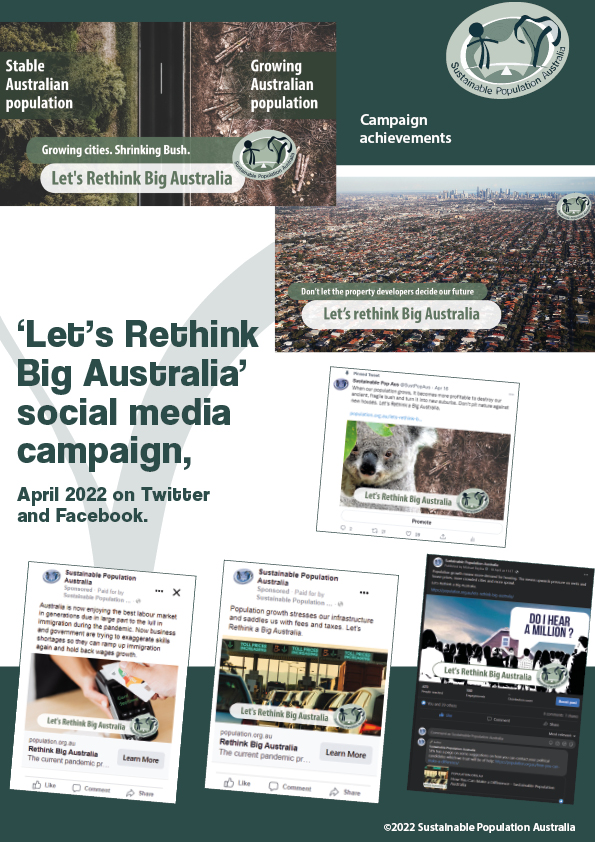 In March we ran the Fenner Conference on Making Agriculture Sustainable which was a great success.

SPA is one of the last remaining Australian environmental organisations speaking up about the influence of population upon human and non-human welfare. If population is ignored, then the impacts of a rising population are bound to offset the good work of most broad-based environmental campaigns.

SPA is making an impact in ways we have never done before. We have even more plans to increase our profile but we rely on donation to make an impact.

Please donate to allow us to forge ahead and increase our impact. Remember it’s tax-deductible.