Population growth of 8.3 million people since 1990 has caused a marked increase in Australia’s greenhouse gas emissions, according to a new report. The report also warns that continuing population growth in Australia, combined with climate change, will make Australians vulnerable to food, water and energy scarcities in the future.

The lead author of the report is the distinguished environmental scientist, Emeritus Professor Ian Lowe.

The report found that annual greenhouse gas emissions from energy use had increased by 49% since 1990, due entirely to population growth. 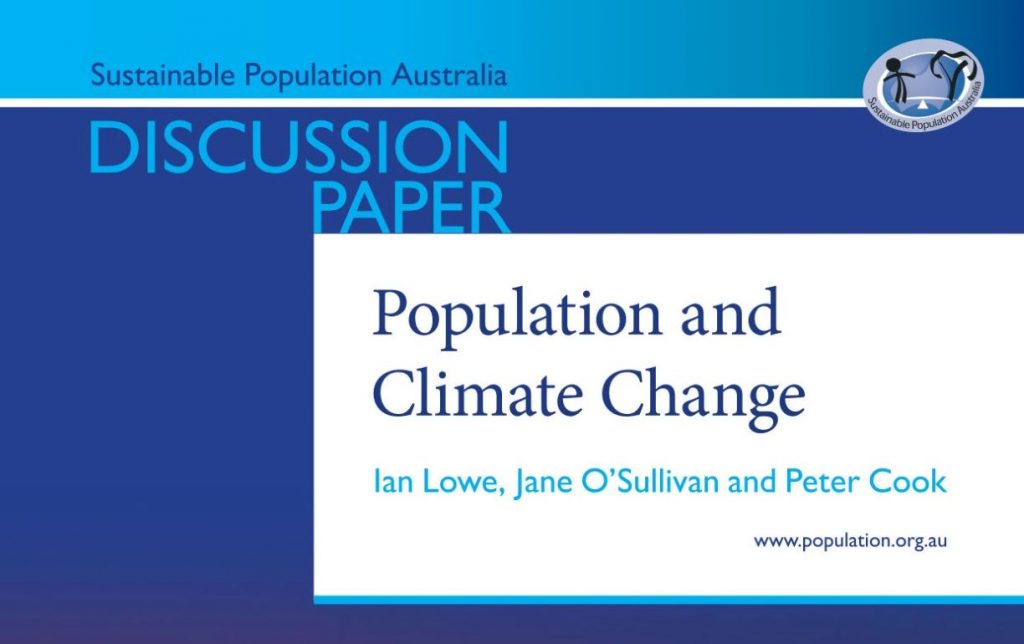 The report was commissioned as a discussion paper by the environmental advocacy group Sustainable Population Australia (SPA).  SPA president, Ms Jenny Goldie, says: “We commissioned this discussion paper because the link between population and climate change is often overlooked or misunderstood. Many people have argued that linking population to climate change merely deflects attention from the high-emissions behaviours of affluent people.

“While fully acknowledging the importance and urgency of lowering emissions per person, this discussion paper explains there are many compelling reasons for including population in both Australia’s and the global response to climate change,” Ms Goldie adds.

The report says affluent countries such as Australia should not be promoting population growth, whether through pronatalist policies or high economic immigration, because it will increase total greenhouse gas emissions and undermine family planning advocates in the Global South.

The report finds that in a rich country, having fewer children does more to slow climate change than any of the other actions an individual can take.  Having one less child saves more than 20 times as much greenhouse gases as living without a car, or about 70 times as much as switching to a meat-free diet.

“If immigration is high enough to cause population growth, it also increases a country’s emissions. Migration from poorer to richer countries also increases global emissions. The average migrant to Australia increases their carbon footprint fourfold by adopting Australian lifestyles,” the report says.

The report finds that for poorer, high fertility countries, slowing population growth will help with climate adaptation and reduce deforestation and soil degradation.

According to the report, in poorer, high-fertility countries, voluntary family planning services are severely underfunded and under-promoted, leaving many women without the means to avoid pregnancies they don’t want. Providing these services, empowering women and promoting small families would have multiple benefits for communities coping with climate change. Family planning programs are a ‘best buy’ for development, environment and climate adaptation.