“Paul Ehrlich says, ‘Whatever your cause, it’s a lost cause without population control’. That sums up what I think. There are a host of environmental and social problems facing us. But if we don’t rein in population growth all our efforts to ameliorate them will be undermined.” – Katharine Betts 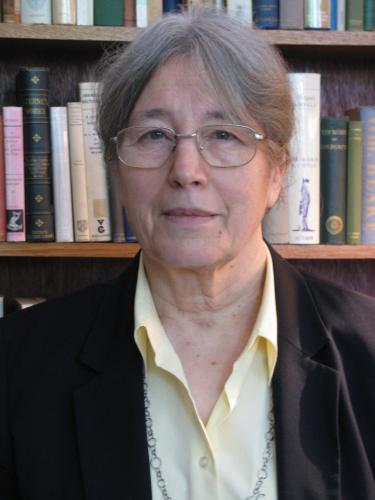 Katharine Betts has had a long and distinguished career researching population growth for over thirty-five years, focusing on the politics of growth and changes in the nature of social cohesion in countries of immigration such as Australia.

Currently (May 2020) Katharine is an Adjunct Associate Professor of Sociology with Swinburne University and Vice-President of The Australian Population Research Institute (TAPRI).  Katharine’s contribution to sociology ranges across demography and population, environmental sociology, and immigration and citizenship.

Highlights of Katharine’s career include:

• Associate Professor of Sociology with Swinburne University (1987 – 2009)
• co-editor of the quarterly demographic journal, People and Place (1993 – 2010).  People and Place was published by the Centre for Population and Urban Research at Monash University.
• Member of the Federal Government’s Sustainable Population Sustainable Development Panel (2010)
• Vice president of the National Council of the Australian Population Association (1999 – 2000 and 2004 – 2007)
• Chair of the Advisory Committee to the Office of the Status of Women for the production of a history of Australian women to commemorate the centenary of Federation (1999 – 2001)

Katharine is widely published with some sixty four listings on the ResearchGate website.  Her 1988 book Ideology and Immigration: Australia 1976 to 1987, published by Melbourne University Press, was revised and republished as The Great Divide: Immigration Politics in Australia by Duffy and Snellgrove in 1999.

Katharine explores some of her experiences in sustainable population advocacy and her history with SPA on the SPA Youtube channel.